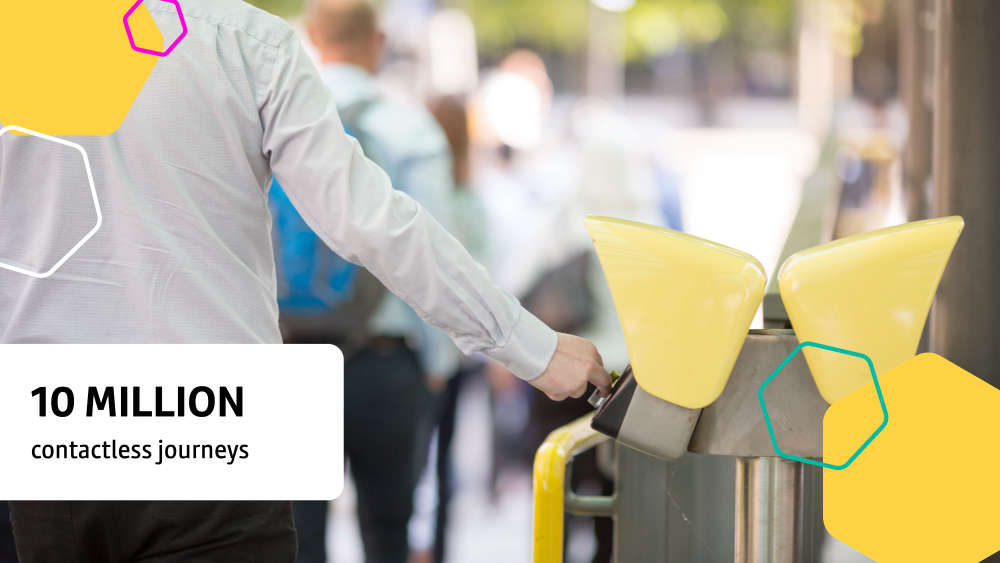 More than ten million contactless journeys have now been made since its initial launch in July 2019.

The record number was reached on Saturday, in a week that saw a series of high-profile events across Greater Manchester, as an estimated 400,000 music-lovers hit the region to see some of the world’s biggest musical acts perform, including four consecutive nights of Ed Sheeran at the Etihad Stadium and Parklife taking place at Heaton Park.

Over the weekend, there was a record number of customers using Metrolink with a total of 211,900 journeys taken on the network – with around 82,000 of those journeys being made using the contactless payment system.

Transport for Greater Manchester (TfGM) worked closely with the police, transport operators and other partner agencies over the week to ensure plenty of staff were present across the network and boosted services as much as possible to help people keep moving – as well as operating a 24/7 control room to continuously monitor the network and ensure safety of passengers.

Danny Vaughan, Head of Metrolink for Transport for Greater Manchester (TfGM), said: “Since its launch, contactless travel has continued to grow in popularity. Approximately 150,000 contactless journeys are made every week - and growing – and, as shown over the last week, it really is the quickest and easiest way to get to the many great events and attractions the city-region has to offer.

“Contactless works out the best fare for you and guarantees the best value, just remember to touch-in and touch-out at the start and end of each journey, using the same card or device, and you’ll never pay more than the daily or weekly cap.

“By making tram travel easier, more flexible and providing value for money for our residents and visitors, contactless travel has been a real game-changer for Metrolink customers.”

The tram network’s touch in/ touch out system allows customers to travel quickly, securely and flexibly across the network without the need to buy a paper ticket.

By touching-in and out at the start and end of each journey, using the same contactless card or device, the system automatically works out the best value fare for your day’s travel.

In September 2021, the system was further enhanced following the roll-out of weekly capping, which means customers can now travel in confidence knowing they will never pay more than a seven-day travel pass depending on the zones they are travelling through.

To find out more about contactless journeys, please head to https://tfgm.com/contactless