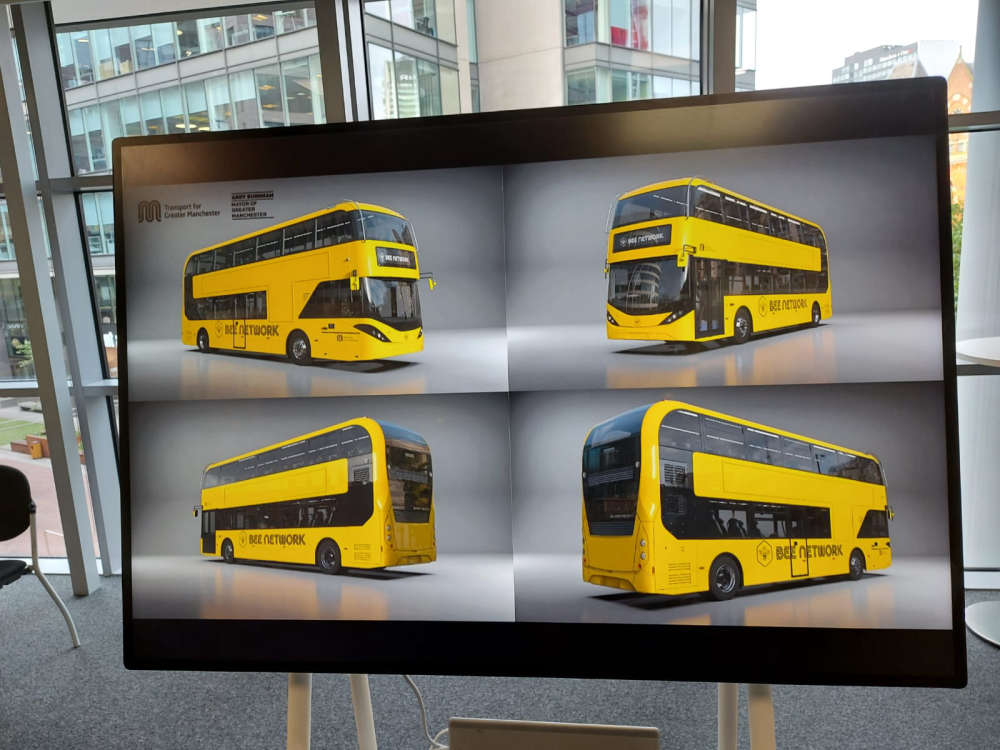 Mayor of Greater Manchester, Andy Burnham has confirmed that 50 new buses will arrive as part of the first franchise.

The buses will be manufactured by Alexander Dennis, Britain's biggest bus builder and be publicly owned by Transport for Greater Manchester, and will be rolled out in September 2023 to Bolton & Wigan.

The second and third phases will be delivered to the north and the south of the city region in March 2024 and January 2025 respectively.

Carrying the yellow and black colour branding of the bee network, the electric fleet will have audio & visual guides, USB charging points, contactless payment, as well as disabled access. All of which will be available for this time next year.

Mayor Burnham said: “I believe this will be an iconic symbol of Greater Manchester and the city in time”

Transport Commissioner, Vernon Everitt confirmed in a press conference on Thursday morning, that TfGM is in the middle of the bidding process.

Nine operators have made bids for the eleven franchises, with 33 bids being made in total.

Everitt said: “Those bids are being analysed right now. They're in being scrutinised to make sure that they meet the standards that we've set. And we'll work through that and hopefully make an announcement of who's been successful.”

A fair cap across the city-region was launched in September, allowing customers to travel for £5 per day for adults and £2.50 for children.

It’s hoped the fair cap will be able to be extended to weekly multi-operator bus tickets, which currently cost £20.60.

Public transport safety is also something that’s being developed further by the Mayor and Transport Commissioner, with it being looked at as an 11th district by Greater Manchester Police, in which they thanked GMP’s chief constable Stephen Watson for his support.

The police will launch specific operations to combat people’s safety across the network, like their ongoing Operation Avro.