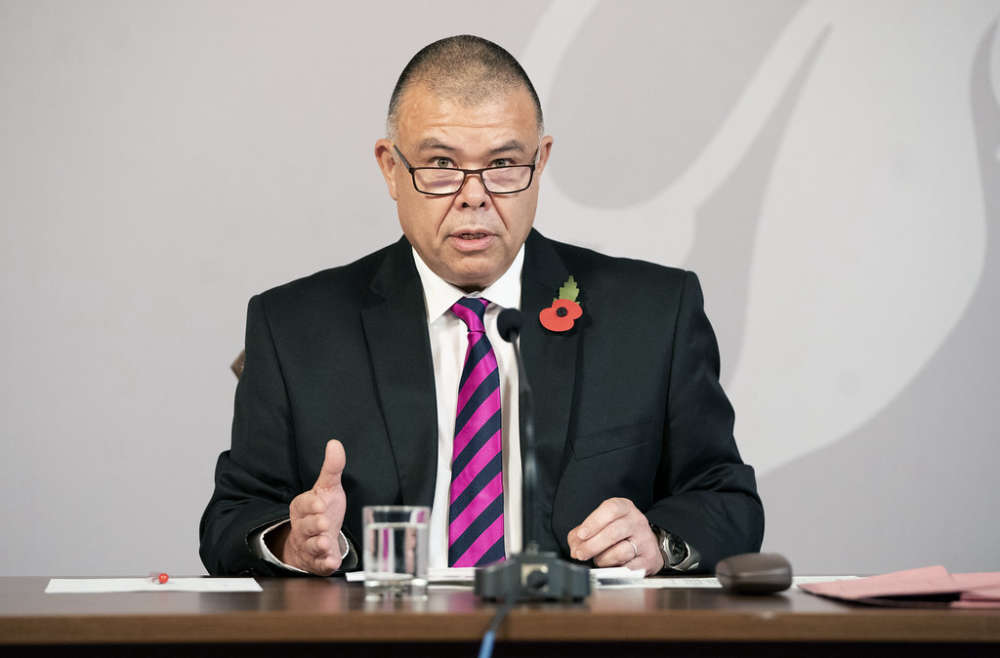 Professor Sir Jonathan Van-Tam will step down as Deputy Chief Medical Officer for England at the end of March 2022 to take up a new role at the University of Nottingham.

Professor Van-Tam who joined the Department of Health and Social Care on secondment from the University of Nottingham in 2017 will return to be the Pro-Vice-Chancellor for Faculty of Medicine and Health Sciences.

As the DCMO for Health Protection, Van-Tam has played important roles in a number of different incidents, including domestic outbreaks of MERS and Monkeypox, 2017/18 influenza season and most notably the response to the Novichok attacks and the COVID-19 pandemic where he worked on the Vaccine Taskforce and supported the development of treatments.

Professor Van-Tam said: "My time as DCMO has been the most challenging of my professional career, especially the COVID response. We all wish COVID had never happened.

"Notwithstanding, it has been the greatest privilege of my professional career to have served the people of the UK during this time.

"I want to pay tribute to Professor Chris Whitty, the CMO team, my fellow scientists, public health professionals and clinicians whose support, wisdom and energy has been inspiring.

"There are countless numbers who work behind the scenes - all of whom have an unrelenting commitment to help and support the British public. It has been an honour to work with them all.

"I will continue to work until the end of March and look forward to the next challenge."

Health Secretary, Sajid Javid added: "JVT’s one-of-a-kind approach to communicating science over the past two years has no doubt played a vital role in protecting and reassuring the nation, and made him a national treasure."

Van-Tam was knighted in the 2022 New Year Honours for services to public health, and will return to his academic work he first started in 2007.

University of Nottingham Vice-Chancellor Professor Shearer West said: "I am delighted that Jonathan is returning to Nottingham to join our executive team and lead our renowned Faculty of Medicine & Health Sciences as its next Pro-Vice-Chancellor.

"His academic and leadership expertise is second to none, and the integrity that he has demonstrated in his government role is fully aligned to our values.

"I know that he will take our University’s reputation for excellence in medicine and health sciences to new heights."