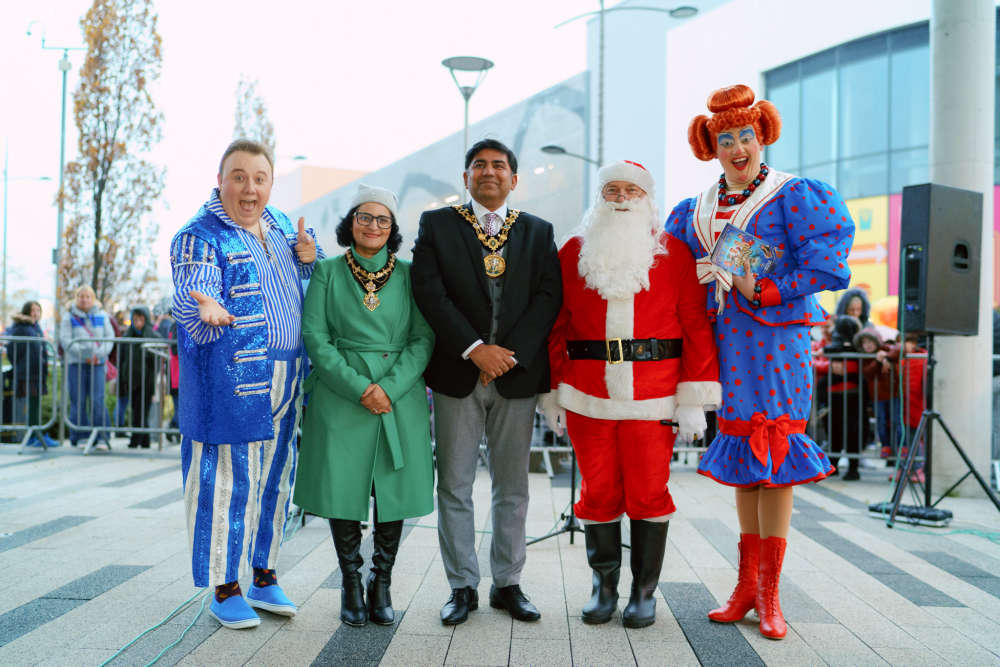 The countdown to Christmas officially began in Rochdale on Saturday with the lights switch-on and lots of colourful family entertainment across the town centre.

More than 2,500 people attended the council-organised event which included two hours of illuminated street theatre, family entertainment, food and drink. The biggest light of them all was Gaia - the stunning replica of planet Earth which opened for the first time and proved to be a very popular attraction.

Other displays included Spark! – high impact drumming with kaleidoscopic lighting and music, and rising above the River Roch towards Rochdale Riverside was Heliosphere – a giant colourful balloon suspending an aerial acrobat, which impressed the large crowds who gathered to watch. Duo Moths at Work were collecting smiles and laughs from everyone and giant brightly coloured Winter Wonderland Birds from the ’12 Days of Christmas’ carol met visitors. Making a guest appearance was the huge Sybil the baby whale created by local creatives from Littleborough Arts Festival and there was music from Oakenhoof Folk Arts Group.

Also inside Number One Riverside was digital sound and light installation - the Celestial Sound Cloud. As visitors moved around the ground floor they activated musical notes, voices and magical lights.

Festive food and drinks were served for those waiting for the switch on and Silly Billy Bones (comic Ben Coles) appeared alongside his Middleton Arena Treasure Island pantomime co-star Dame Captain Smollett (Matthew Siveter) to introduce the switch-on countdown. Mayor Councillor Aasam Rashid addressed the crowds, followed by Father Christmas before the lights were switched on for 2021.

The Mayor said: “Seeing Rochdale in lights and so many people helps bring a little bit of that magic that I think we all need, especially given the year we have had. I hope to see everyone back in Rochdale over the next few weeks, supporting our fabulous local businesses, restaurants and events, including the wonderful Gaia earth which is now on display until Christmas Eve.”

Hundreds of lights came on across the town centre, including never before seen new displays at the Rochdale Riverside retail and leisure destination.

It was a busy afternoon for shops, restaurants and bars, with many offering special deals for switch-on guests.

Councillor Sue Smith, cabinet member for communities and co-operation: “The last couple of years have been very challenging for our businesses but it was good to see all the displays, the smiling faces and so exciting to have another live event again in the heart of the town.”

Rachel Byrne, centre manager for Rochdale Riverside added: “It was amazing to see so many people at the event. What a great start to the Christmas countdown.”

Gaia is now open seven days a week at Number One Riverside until Christmas Eve. Find out more here.

There’s also more useful information for the season at www.rochdale.gov.uk/christmas