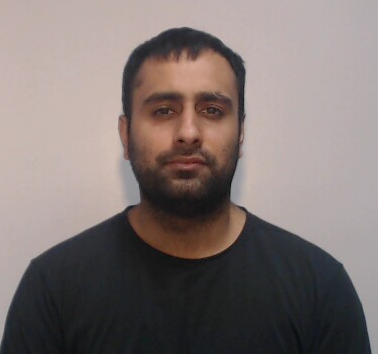 Nabeel Rasheed (04/11/1993) of Southbank Road in Bury was involved in a million-pound Class A drug ring in Oldham. Rasheed has since been sentenced to 10 years imprisonment after pleading guilty to one count of conspiracy to supply cocaine and heroin and conspiracy to money launder.

The technology behind these devices previously made it impossible for law enforcement to obtain any data or evidence from these devices. Unfortunately for the organised criminals, our officers were able to access the ‘Encrochat’ data through a legal data hack to secure illicit communications provided by the NCA which has enabled police to secure the conviction of Nabeel Rasheed. This follows the sentencing earlier this year of ringleader Faizal Hussain (31) and associate Rezwan Javed (45), who are currently serving a combined total of 24 years for conspiracy to supply class A drugs, and conspiracy to conceal, convert, disguise, or transfer criminal property.

Rasheed was found to have been using the alias ‘LIMITEDTURTLE’ while messaging other Organised Crime Group members using encrypted mobile devices to prevent police from detecting their conversations.

The court heard how Rasheed was involved with the organised crime groups purchase of at least 15 kilos of cocaine and 9.5 kilos of heroin between April and June 2020, as well as breaking down the batches of drugs into smaller amounts which were then sold on to distributers who would supply it to their customers from areas as far as Bradford and Liverpool.

On Friday 16 July 2021, officers conducted surveillance where Nabeel Rasheed was identified carrying two bin liners and a further bag into his home address. Over 14 kilos of cocaine were recovered in his bedroom and packaging from over 100 kilos which had been broken up. The potential wholesale value of the 14 kilos was £529,000. The potential street value of the drugs identified from the kilo packaging would be upto £3.6 million.

The results of the search mirrored the events shown in the encrypted messages.

Detective Constable Marc Walby, of GMP Serious and Organised Crime Group (SOCG), said: "This gang thought they were able to avoid detection by using these devices; they have instead presented us with a treasure trove of evidence that has enabled us to take this criminal group off our streets and highlight our commitment to removing drugs from our communities.

"Our team worked meticulously with other agencies to piece together a timeline of Rasheed’s actions to bring about charges and then a conviction for his crimes. The severity of his offences should not be underestimated, and the quantities of drugs we are talking about here are beyond substantial. The removal of Rasheed and his associates will have a discernible difference on the streets of Oldham and across the Northwest.

“Information or concerns from the public regarding drug supply in your area plays a key part in our process. If you have any information which may aid our investigations into the trade of drugs across Greater Manchester, then please get in touch with us on the numbers provided below.

If you have any concerns or see anything suspicious contact us directly on 101 or gmp.police.uk or Crimestoppers, anonymously on 0800 555 111. Always call 999 in an emergency.

Log in to the club or enter your details below.
Tweets by rochvalleyradio