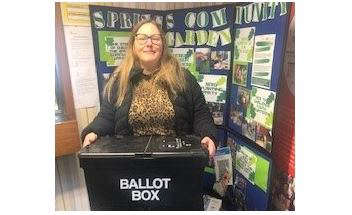 Tenants on the Springs estate in Bury will shortly decide whether to make their own piece of history.

They will vote on whether they wish to take over complete control of how their council houses are managed – becoming the first estate in the North West to do so, and only the second in the country.

This would give the TMC more flexibility and choice over the way services are delivered to tenants and leaseholders. It would also have much greater financial control, as it would be responsible for delivering major capital works such as new kitchens, bathrooms and roofs.

Tenants are being sent ballot papers and the vote will take place from 29 November to 13 December, with the result declared on 15 or 16 December. At least 50% (+1) of the votes cast must be in favour of the proposal for the change to happen.

The ballot is being conducted by Civica Election Services, formerly Electoral Reform Services, under an independent returning officer.

Councillor Clare Cummins, cabinet member for housing services, said: “The proposal to become a self-financing management company is a significant change, so it is vital that all tenants and leaseholders are allowed to vote on it.

“I urge them to read carefully all the information and the Q&A that they have been sent, and have their say by voting during the fortnight that the poll is open.”

The details of the proposals and the Q&A are on the council’s website at https://www.bury.gov.uk/index.aspx?articleid=16580