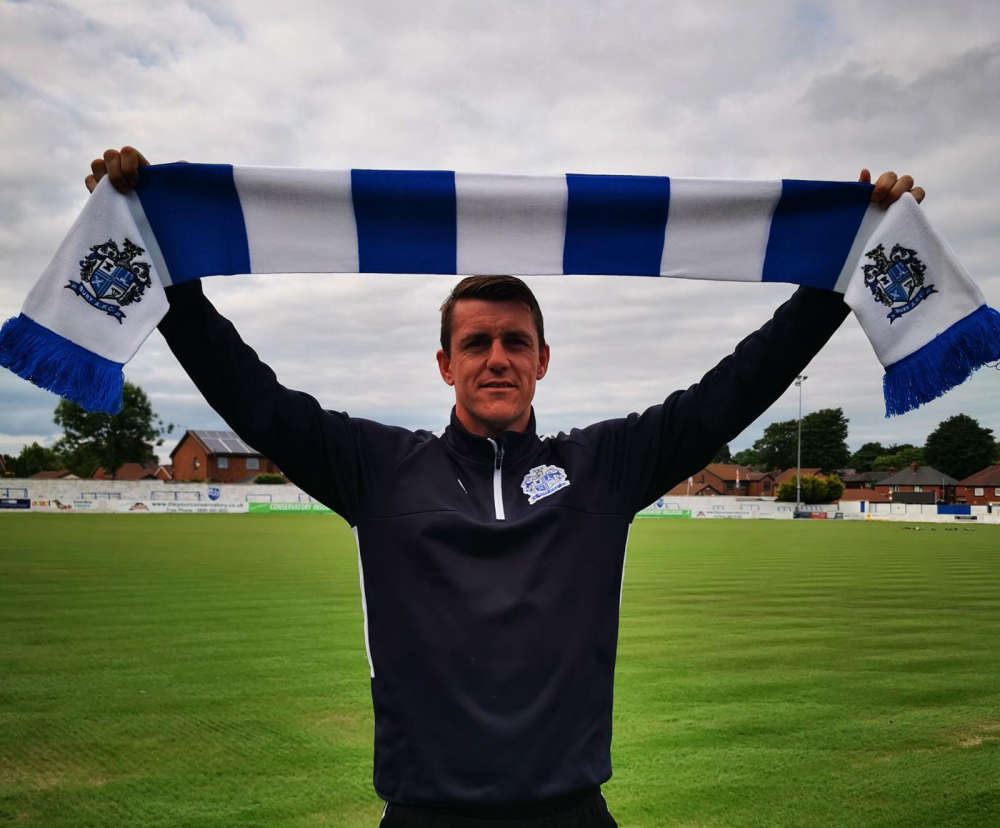 Bury AFC have confirmed their first addition of the summer striker Niall Cummins, who will join the club in July.

The 35-year-old links up with Andy Welsh's side after leaving Northern Premier League side Marine AFC last month.

He spent just under four years at the Marine Travel Arena, making his debut in December 2018, he went on to make 102 appearances, scoring 44 goals. He also guided the side to promotion from the NPL West division in the season that just passed.

His most notable goal in Marine colours being the winning goal in the 120th minute against Havant & Waterlooville to send Marine into the FA Cup Third Round for only the second time in the club’s 127-year history.

Cummins had a six-year spell at Curzon Ashton before heading to Merseyside. He’s also featured for AFC Blackpool & Burscough FC.

Speaking to buryafc.uk he said: “Delighted to be hooking up with Andy and the team here at Bury AFC. I have watched on with interest at the developments with the club and having spoken to the staff about bringing me in. I am very much looking forward to getting to work with the lads when we return for pre-season training.”

Manager Andy Welsh added: “Niall is a real coup, he was captain and won promotion last season, so this is a fantastic signing for us. We are really looking forward to working with Niall and welcoming his family to the football club.”

Cummins becomes the 10th player to be confirmed ahead of the new season. Jack Atkinson and Lewis Gilboy have extended their contracts as well as Matty Williams, Jimmy Moore, Jake Kenny, Jonno Hunt, Kris Holt and Ben Wharton all pledging their future at the Neuven Stadium.

The club's first pre-season fixture is on Saturday 2nd July, away at Stockport Town.